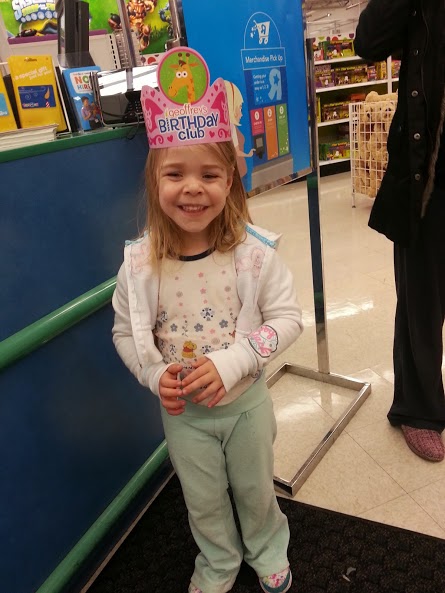 This weekend we celebrated my youngest daughter’s 4th birthday. A milestone that both her and I almost did not get to see. It is always a bittersweet day for me. I lost my son about 6 years ago. I was entering my 3rd trimester of pregnancy with him. I released thousands of blood clots during the pregnancy without anyone knowing. One large clot lodged in a narrowing in my umbilical cord blocking him from everything and finally killing him. I was later told that had he survived and gone full term I would have not survived the birth with as many clots as I had already released and would have continued to release during the rest of my pregnancy. I gave birth to my son on Christmas Eve. Christmas morning, I threw a major clot in my lung. It would be one of several hundred clots that my body would throw. I was diagnosed with Compound MTHFR Factor. A clotting disorder. Kaydn would have been my last child. After loosing my precious baby boy, I began to see specialists etc to determine if I should have another baby. I wasn’t sure if I could go through another pregnancy only to loose the baby again. It would put my pregnancy status as Extreme High Risk. The Universe decided for me. I became pregnant with my third daughter 2 years later. I spent the next 8 months (I never go full term) on pins and needles. I saw my regular OB GYN and also a Perinatologist about once a week for the entire pregnancy. True to my other pregnancies, I did not disappoint with the slew of pregnancy issues.  Not a day goes by that I do not think of my son, not in a sad way. I look at my life and his big sisters and his baby sister and I know how truly blessed I am.

I believed that my son saved my life and gave me one of the most incredible gifts I have ever received, his baby sister. On November 2, 2009, I delivered a beautiful healthy baby girl. We named her Reine Kaydn. Reine means abundant gift from above, protector, among other things. We choose Kaydn as her middle name to honor our son and as a way to say “Thank You” to him. I was given the opportunity to continue to be a mother and to raise my now 3 daughters because of his sacrifice.

There was a double rainbow on her day of birth. It was beautiful and a gift to us to get to see.

From birth until Reine was 3 months old, we could not get her to gain any weight. In fact she lost weight. A lot of weight.  We were at the doctors office almost daily to get weight checks and to see what our next move was. I was on a HIGH dosage of blood thinner called Lovenox. I was told it was safe to use while both pregnant and nursing. Reine’s weight still continued to drop. I began to supplement her with formula while continuing to still nurse her. Nothing was working. Her skin was turning almost a grey color. You could see and feel her bones. I knew she was going to die if we did not figure out what was happening to her and why.

It took us about 3 months before we realized that I had passed blood clots during my pregnancy and also after Reine’s delivery while on the highest dosage of Lovenox I could safely be on. I ended up in ICU listed in critical condition. I choose to bind myself (stop nursing completely) while in the hospital and to move Reine to straight formula. She immediately gained weight and became active. She has never looked back since. To this day, I believe that the blood thinners were the cause of her weight loss and almost her death. However, I have no proof of it. Only what I experienced. I caution anyone who is nursing and taking blood thinners to please be careful.

Every year on Reine’s birthday, we gather and release balloons into the air. It is our way of thanking Kaydn for all he did and for allowing me to live to raise his sisters.  But between you and me….I think Reine got his share of spit fire along with her own. I would not have it any other way! Happy birthday to my amazingly stubborn, precocious, always keeps me on my toes, extremely intelligent, into everything, beautiful little Boo Berry!!