It was 4 years ago this week that I was in ICU, listed in critical condition as a small winter storm named Snowmageddon dumped 30″ of snow on us.

This morning, we woke up to another storm that has dumped 13+ inches on us so far with more expected to hit this afternoon.

I have the perfect amount of blood clots in my body….

I am not fighting for my life….

I am spending the day relaxing and enjoying my family….

This snowstorm, I was able to be the one taking the pics and seeing these AMAZING moments first hand.

4 years ago,  I was sent the pics via text messages and emails.

I thought I would share some of the pics of our morning with you….

I HOPE YOU ENJOY THEM! 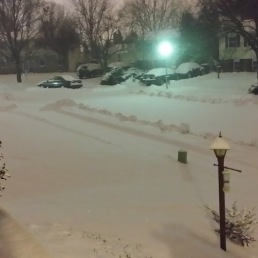 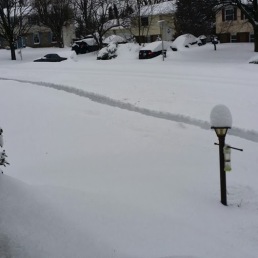 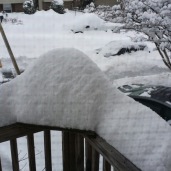 My railing out front of my house. 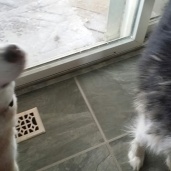 The dogs saw the snow on my screened in deck and are waiting anxiously to go outside. 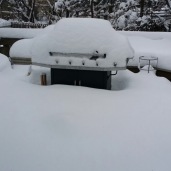 This is what they walked out into. 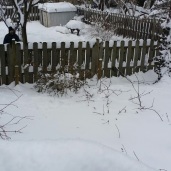 Tsunami trying checking out the snow. 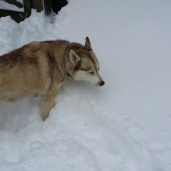 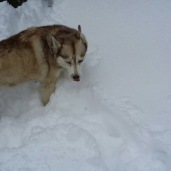 Avalanche decided it was time to play. 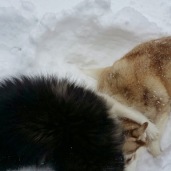 Tsunami realizing the backyard was untouched!

Begging me to come play with him.

Creating trails in the snow.

Creating trails in the snow.

Avalanche is in front of our 6 ft privacy fence.

Tsunami trying to MUSH through the snow.

Checking out the perimeter of the house as they get their trails set. 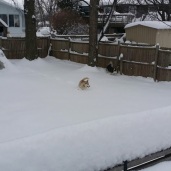 They had to dig out their dog door. 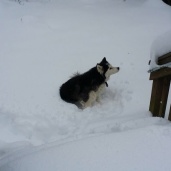 Stopped to smell the wind.

Deciding where to go next.

Coming back to me.

Avalanche asking me if I am coming down yet. 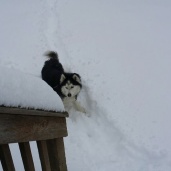 Something caught his attention.

Burying their faces in the snow. 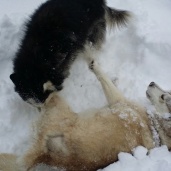 Playing in the snow.

Playing in the snow.

Tsunami digging in the snow

Tsunami burying her face in the snow.

Waiting patiently to go play in the snow.

Tsunami deciding she is NOT playing with the kids in the snow.

The youngest trying to stand up.

Middle deciding to brave the steps to go play in the backyard.

Two youngest not making it far. 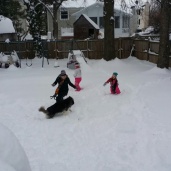 Oldest and Avalanche attempting to play.

Avalanche decided that the deck was safer then the kids.

Made it into the yard.

Oldest decided to try and make a snow angel.

She just sank into the snow.

It did not go the way she planned.

Playing on the slide.

Youngest is down for the count.

Crawling to her older sister.

Yes, the snow is up past the teenagers knees. 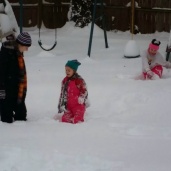 They got the 4 yr old standing upright. The snow is up to her crotch. 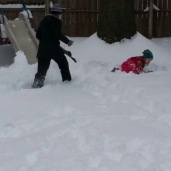 Youngest is down for the count again! 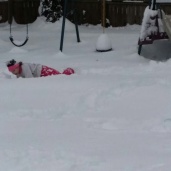 Middle stuck in the snow.

Avalanche watching the girls play beside me.

The middle decided to play on the swingset. 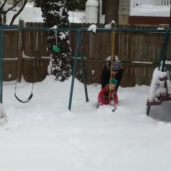 The youngest getting help from the oldest. 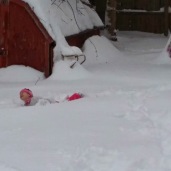 Middle is down again! 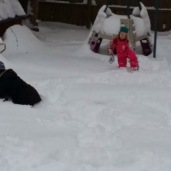 Oldest helping while delivering a hand full of snow to the face.

Avalanche still beside me.

Wind blowing snow in his face. 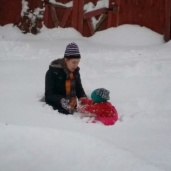 Middle and the oldest trying to stand up. 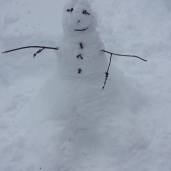 This is the combined efforts of the oldest and the middle. The youngest was brought in so that the snowman stood a chance! 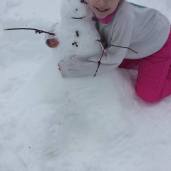 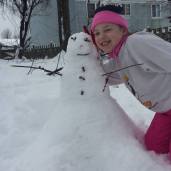 I love this pic of them! 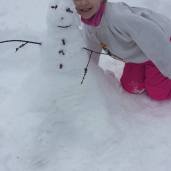 Olaf and the middle

Olaf does not seem to mind being stuck in the middle.