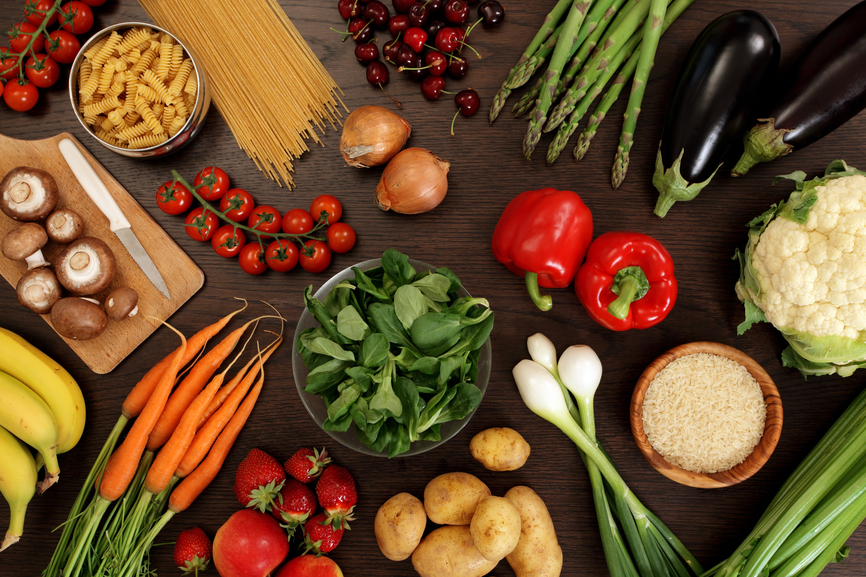 When my oldest daughter was a toddler, she got sick.  I took her into the doctors office only to be given an antibiotic and sent home. She took the antibiotic, begin to get better, only to become sick again within 2 weeks of being done with the antibiotics. I took her back to the doctors, we were given an antibiotic and again sent home. We continued this cycle of lather, rinse, and repeat over and over again for MONTHS. Each time within 2 weeks of being off the antibiotics I would have a VERY sick daughter to contend with. Finally, a Nurse Practitioner at the doctor’s office saw us and noticed how puffy my daughter’s face was. She sent us for tests and it was confirmed that every single nook and cranny in my daughter’s sinus cavities were severely impacted. She was  put on a very heavy dose of yet another antibiotic for a longer period of time. The infection cleared up, but not before doing serious damage to her intestinal track. She no longer went to the bathroom regularly. Again back to the doctors. Prescription med after prescription med was handed to us. She was 3 different high doses of medications and it barely had her going at all. Now fast forward to her teen years. Yes, we are talking about still having the same issues from when she was like 3 years until she was in her early teens. She was still on HEAVY doses of prescription medication. Her bowels were constantly impacted. Several trips to the ER, countless doctors and specialists later, we were hearing about surgery with no guarantees it would even do a damn thing.  She was miserable! We were all frustrated. The meds were not helping. I knew I was missing something.

Two years ago, I was in a meeting with my middle daughter’s 2nd grade teachers listening again about how she did not apply herself, was not focusing, was always starring off, zoning out, easily distracted, didn’t finish her work on time or even start it, didn’t follow directions, didn’t follow the rules, was moody, sometimes aggressive, the list went on and on. I wish I could say that this was the first time I had heard her teachers say this about her. I really do! But it was not. I had heard since she started kindergarten. I would ask the same questions I always had asked at all the meetings and conferences. What can I do to help change things from our end? What can we expect to happen on your end? Can I help her to get caught up on her missed assignments? What do they think is the matter with her? Do I need to get her seen by a specialist? I never dismissed what the teachers were telling me about my daughter. I was seeing it at home too. Only with a TON more aggression and mood swings. She was sick constantly as well.  In kindergarten, she missed 20 days of school. In 1st grade, it was 20 days as well. So far in 3rd grade, she had missed 30 days. All legitimate absences. She was seen by our doctor for every one of them. I would get her healthy and within 24 hours after entering the school, her eyes would have purple bags under them and her nose would start running. Within 48 hours, her throat would begin to hurt along with her nose running. Within 72+ hours, she had a fever, sore throat, watery eyes, runny nose, cough, post nasal drip, and our favorite, ear infections. We had her allergy tested, ripped out carpets, had our air ducts cleaned, changed the filters on our AC/Heating unit. Bought special bedding, changed body wash and shampoos. I would get her healthy here, but within 24 hrs of returning to school, not so much. Both were huge issues and no one had the answers.  I knew that I was missing something here too.

When she was 2 yrs old I noticed she was hyper. Bouncing off the walls and never coming back down type hyper. She was also more aggressive. Hitting, biting, slapping, pulling hair, clawing at you. The meltdowns. OMG. THE. MELTDOWNS. She would not listen. She didn’t sleep through the night anymore. I wish I was exaggerating! I would be up all night almost every night. I went for days on 2 to 3 hrs of sleep total. Not even per day. Something I do not highly recommend by the way.  I was worried if she would survive to see her 3rd birthday. It was like someone had turned on a switch and I was not able to turn it back off. I talked to our doctor about it. Again, I was missing something.

When I found out I was pregnant with my 3rd daughter, I knew that my diet would have to change immediately to survive the pregnancy. I have a tendency to have very complicated pregnancies. Pre-eclampsia, toxemia, gestational diabetes, excessive amniotic fluid, early deliveries, are just some of the complications. I gain about 200 lbs per pregnancy. Needless to say, I am considered extreme high risk. With each pregnancy, my body was put through the wringer to say the least. This last one was one of the worst for me. I developed diabetes and my LDL cholesterol was through the roof. After much begging and pleading with my doctor, she gave me 4 months to do what ever I was going to do to lower my LDL and to reverse the diabetes. If I was not able to do it, then I was going to be put on medications. Here’s the thing, in my 4 pregnancies, I had not had these issue after I delivered my children. You guessed it I still missing something.

All of this happened at the same time within days and weeks of each other. I began to research each of our “stories” so to speak. I knew that there had to be one common thing I was missing. After hours and hours of research I had my first “AHA” moment.

The first thing I did was have a serious talk with my Hubby and our doctor about the school issues we were having. Not just the stuff that was brought up at the meetings but also about her illnesses. Our thoughts were something in the school was making her sick. We all agreed that she needed to be pulled out of school immediately and homeschooled.  With her home now, all the illnesses stopped immediately.  However, she was still having all the issues that were mentioned in the school meetings.  Our next meeting with our doctor was about the possibility of both her and her younger sister have ADD/ADHD (Hubby has ADD/ADHD.). We were seeing a lot of similarities between them. The topic of meds came up. Hubby and I decided that meds was not an option for us. In our opinion it would only mask what the real issues were. I dove back into the research.

I began to look into what I could do naturally to turn my health around. Exercise was of course one of the most obvious things. I began to research foods and the effects it has on our health. A huge “AHA” moment hit me then and there. I opened my pantry and my fridge and thought what about all the canned, bagged, and boxed stuff that I was calling nutritious and healthy? Could that have anything to do with my diabetes and my LDL levels? The more research I did, the more convinced I was about it all being connected. Hubby and I decided that it was time to get real about all our health. If I was doing it, we all were doing it. We began by first deciding how we wanted to eat. It didn’t take us long to decide to eat what we call “real whole foods”. It was the same foods our grandparents ate and our great grandparents ate.  A basic balanced diet consisting of minimally processed, fresh foods. Cutting out the artificial additives and preservatives. We cleared out our pantry, drawers, and fridge/freezer immediately. There was a TON of it!! We called family and friends and said “Take it now or we are throwing it away”. We replaced it all with real whole foods.

Now with myself getting squared away, I focused back on my 2 younger daughters. We were seeing incredible results with them already just taking out the processed and artificial. After speaking with my Mom In Law about what she had done with my Hubby when he was child,  we decided to try the same thing with our kids. She chose to use The Feingold Diet Program and had had great success with it. We decided to follow the program.

Here is the basic gist of The Feingold Diet Program.

Hyperactivity can be triggered by synthetic additives – specifically synthetic colors, synthetic flavors and the preservatives BHA, BHT (and later TBHQ) – and also a group of foods containing a natural salicylate radical. This is an immunological – not an allergic – response.  Dr. Feingold said it best with this quote,“Any compound, natural or synthetic, can induce an adverse reaction if the individual has the appropriate genetic profile, i.e., disposition.”

In true family solidarity and support, we incorporated the Feingold Diet into our diet as well. Yes, our whole family is on the Feingold diet. The difference in my 2 youngest daughters is incredible!

With all the food changes we were making in our lives, one of the biggest rewards came to my oldest daughter. Within 2 weeks she was off of ALL of her medications. I do mean all. Two years later, she has not been on anything since. No surgery. No meds. No more specialists. No more issues.

I went back to my doctor 4 months later for blood work. She was shocked with the results. I had reversed the diabetes and lowered my LDL cholesterol.

I FINALLY GOT WHAT WE WERE MISSING….

WE DID IT ALL WITHOUT EVER TAKING A MEDICATION

Want to see more about our journey with real whole foods, check out this post on it…

Want more info on The Feingold Diet Program, check them out here… 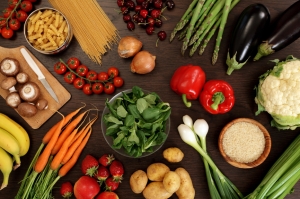 Salsa scrambled eggs with guac sourdough toast and iced coffee with almond milk whip... Definitely Happy Birthday To Me #itsmybirthday #itsthelittlethings #dairyfree #greatwaytostarttheday
When the 15 yr old realizes Mom DOES know what she's talking about... #listentoyourmother
When you just can't wait for the day to be over with!
Planning out next week and enjoying banana bread fresh out of the oven... #itsthelittlethings #skull #bananabread #knowwhatsinyourfood #nochemicalshitstorm #planninglife
It's been a while since I made bread from scratch that I could actually eat too. #sourdoughbread #bakefromscratch #itsallcomingbacktomenow #itsthelittlethings #knowwhatsinyourfood
3 teeth (2 in less than 5 minutes this evening) all within 24 hrs. New record here! Lately teeth coming out have been a source of massive panic attacks and meltdowns... This tooth fairy is scrambling to find something cool to give her... #3moretogo #toothfairy #asd #spd
My Tweets
%d bloggers like this: