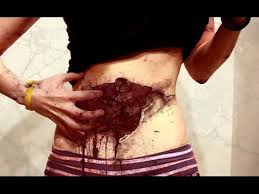 For the past 1 1/2 years, my body has been through what I can only describe as GI hell. I woke up one day and a switch just turned off. It started when I lost 70 pounds very quickly and overnight my body began having issues with digesting foods. It was basically like I had developed intolerances to almost everything I put in my mouth. I couldn’t process food anymore. I ate something and within minutes I was in the bathroom for hours. Each day became a gamble because the foods I ate the day before, I couldn’t eat the next day without being sick. As I watched my food intake become smaller and smaller, I knew something was not right.

My body was constantly being thrown into shock. I was freezing, had joint pain, and my GI tract was in overdrive 24/7 with short-lived breaks. I was living on anti-diarrhea meds and anti-inflammatories. I was worried that my body wasn’t absorbing the vitamins and minerals because l was vomiting and had diarrhea after every meal. My hair was thinning and breaking off easily. My nails were splitting and stopped growing. I made it a mission to try and make everything that entered my body as healthy I could.

I made an appointment with a GI specialist. While I waited for my appointment, I asked them to go ahead and give me the bloodwork scripts they would normally give me at my first appointment so that they would have the results on day 1 instead of 2 weeks later. I also contacted my allergist to do scratch food testing because I knew that the GI would send me there for the testing anyway.

I was tested for about 40 different foods all at once. Allergy tests revealed that I was “allergic” to almost 3/4 of the foods I was eating on a daily basis. Armed with the results of the testing, I waited for my GI appointment. I ate the safest, blandest foods my body could handle.

The GI and the allergist both were both thinking I had a strong chance of having Chrone’s Disease, Celiac’s Disease, Ulcerative Colitis, or a combination of one of those with a few other things. After my first appointment with my GI, he scheduled me for more food-related testing, a colonoscopy, endoscopy, and several biopsies. Among the several biopsies taken that day, they also took several to test for cancer.

Thankfully the blood work revealed that I do not have a gene for celiacs. However, I was diagnosed with Irritable Bowel Syndrome D (IBS-D) ( caused by my PTSD), non-celiac gluten allergy, a hiatal hernia and Exocrine Pancreatic Insufficiency (EPI).

I was sent home with a ton of paperwork, new diagnoses, new restrictions, and more questions than answers.

I am not allowed to take over the counter or prescription pre/probiotics so I have spent the past year healing my gut through naturally fermented foods. I have slowly managed to add foods back into my diet.

Now, I am focusing on losing the weight that I regained. Thankfully, I was told this would happen once I began to reabsorb nutrients and my body was no longer starving itself.